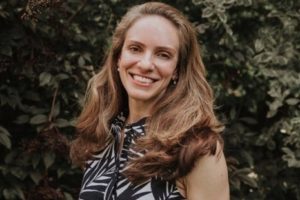 Emily Cloke is British Consul General in Los Angeles. She is the senior representative of the UK government in Southern California, Arizona, Nevada, Utah and Hawaii. In this role, she promotes trade and investment, scientific cooperation, tackling climate change, creative and media collaborations and educational partnerships between the UK and the southwestern United States. She also oversees delivery of essential consular services to a 600,000-strong British resident community and British visitors.

Emily has a range of policy, commercial and international experience working for the British Government. Her recent roles include as Deputy CEO for the UK-Africa Investment Summit hosted by the Prime Minister in 2020, and as a senior leader in the Department for International Trade’s Sectors Group, overseeing export and investment promotion for industry sectors including aerospace, advanced manufacturing and education. She has worked overseas as Trade Director for the British Embassy Tehran, setting up and leading the UK’s trade section and strategy following the re-opening of the British Embassy in 2015, and as Head of Trade at the British Embassy Sweden. Her wider experience includes advising on the creation of the world’s first Green Investment Bank, and leading the Ministerial private office for the Minister of Employment Relations and Consumer Affairs/Minister for Women & Equalities. Emily started her career as a lawyer in the City of London and studied law at Cambridge University.

Find out more about each company below, and what they will be showing the 10,000+ visitors: